From the soothing calm of the Dead Sea to the bustle and emotion of Jerusalem, Clive Nicholls is captivated by the contrasts of Israel

WHEN GOD spoke to Moses at the Burning Bush, the Land of Israel was described as ‘flowing with milk and honey’. What wasn’t mentioned was that it is also a land of contrasts: from the dramatic deserts to the nurturing Dead Sea to the complex and captivating city of Jerusalem.

The nurturing Dead Sea, the exciting Land Rover tour of the Judean desert, the history of Masada and a mud treatment. Truly a land of contrast 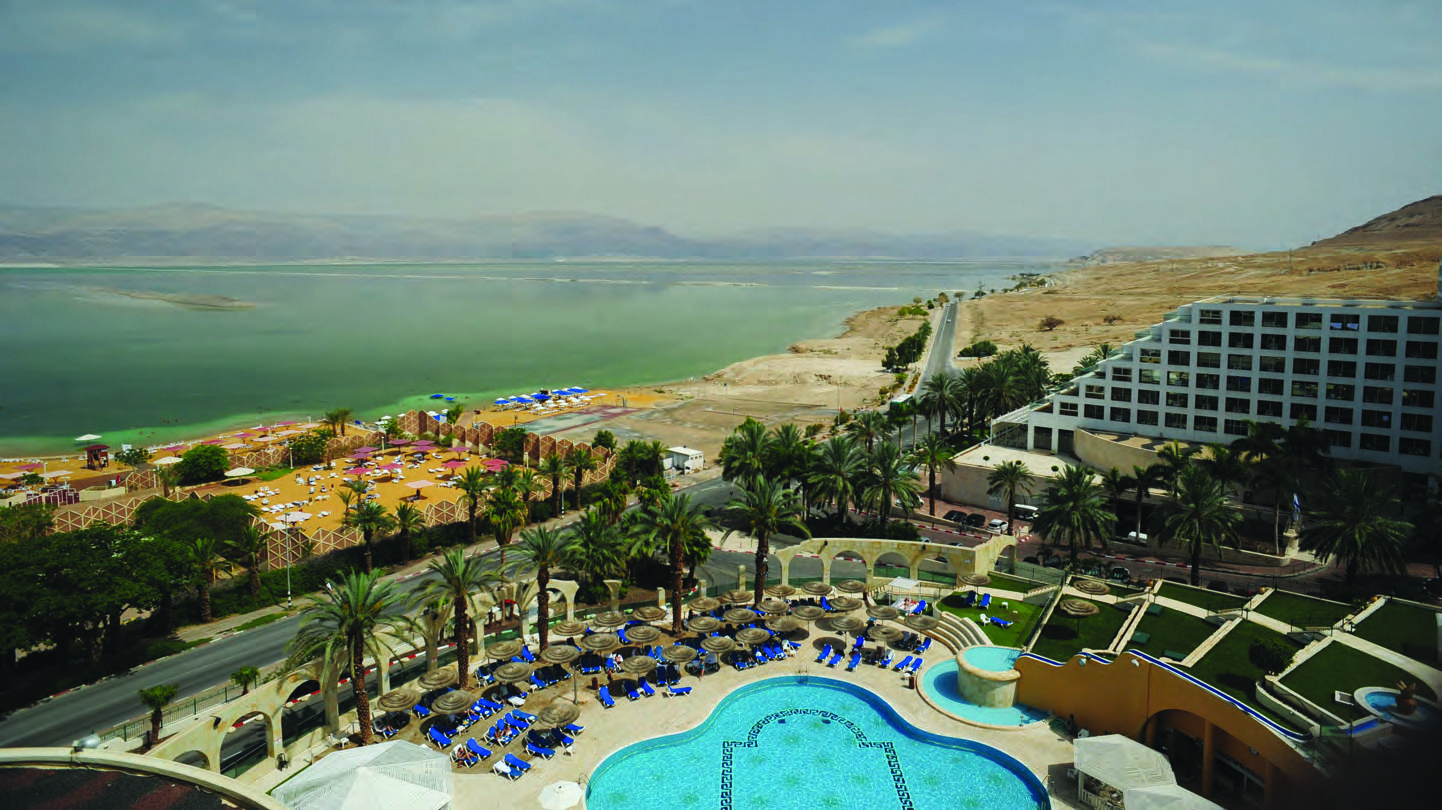 They’re all very different but each has a history so rich and enthralling. I’m here for five days to take in a bit of everything, plus some pampering in the spas with special treatments including the Dead Sea mud.

Landing at Tel Aviv airport, a warm breeze envelopes me like a blanket. I’m heading for Ein Bokek on the shore of the southern Dead Sea.

There are two routes: head east, through Jerusalem, downhill all the way to the Dead Sea, turn right and follow the shore of the sea south. Alternatively, go south on route 6 and turn left across the north of the Negev Desert, through Arad until I hit the shoreline. It’ll be rush hour in Jerusalem so I go for the Negev option.

As I pass through the desert, a Bedouin on a donkey takes his camels to find food. He’s lucky this year – a deluge of rain two weeks earlier has brought some of the desert plants back to life and food is more plentiful. A young goat-herder has the same idea; she’s moving her flock along, not with a stick, but by gently lobbing stones at any that stop on the way.

Traditionally the Bedouin were nomadic – following the food and water for their sheep and goats. Today more than half of the 200,000 Bedouin in the Negev live in seven townships built by the Israeli government and most of the others in semi-permanent villages they’ve built for themselves.

I’ll be back in the Negev later but for now I’m leaving the goats and camels behind as I hit the shoreline of the Dead Sea, turn north to Ein Bokek, check in to the Daniel Hotel, and watch the last rays of the evening sun fade on the mountains of Jordan, just across the water.

The Dead Sea is a special place, not just because it’s the lowest place on earth – which it is by some margin at more than 400m below sea level – and not just because its waters have healing and therapeutic properties, but also because of the history that surrounds the area.

King David spent time here (1000BC), Herod built a fortress and palace on its shores at Masada (35BC) and the world’s oldest manuscripts, the Dead Sea Scrolls, were discovered in caves here in 1946.

Today therapy comes first: dressing gown on, down in the lift, stroll across the road and the waters are lapping at my feet.
Walking into the sea is like nothing else – it’s warm, very warm, silky smooth and incredibly buoyant.

I’ve never bathed in goat’s milk but I imagine this is what it would feel like. It’s just before 7am, there are others in the water and I just float along with them luxuriating in the warmth – and all before breakfast. I make a plan to do this every day.

Rooms at the Daniel Dead Sea Spa Hotel start from £194.83. For more information or to book, see: (http://english.tamareshotels.co.il/)

Rooms at the Mount Zion Hotel, Jerusalem, start from £153.84. For more information or to book, see: (http://mountzion.co.il/)

For more information on Israel, see the website: (www.thinkisrael.com).